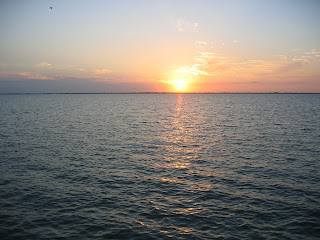 The Radical, Risking God (This column appeared last week in the Pearland and Friendswood Reporter News.) As I write this over 30 inches of rain have fallen in the last several days in my hometown of Pearland. So many in the Houston area and in south Texas have lost so much, but others have risked so much to save them that my heart is truly moved! (I shall return to this thought at the end of what I am writing today.)  In recent weeks, I have been talking about some of the words of Jesus recorded in the fourteenth chapter of St. John’s gospel in the Bible. Today I want us to consider a claim which Jesus makes there which is so astounding that even many Christians may not totally grasp it. At John 14:8, one of Jesus’s disciples, Phillip, has said to Jesus, “Show us the Father.” Jesus’s response is radical and unexpected. He says, “Anyone who has seen me has seen the Father. How can you say, ‘Show us the Father’?    Don’t you believe that I am in the Father, and that the F
1 comment
Read more